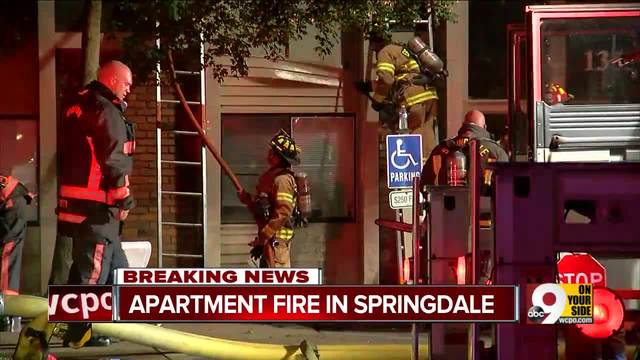 A cooking fire forced dozens of people from the Willows of Springdale apartment complex after resident Kristen Shephard said she was cooking and then fell asleep. Cooking fires often happen when a person starts to cook, walks away from the stove to watch TV, take care of a child or drink too much alcohol and then falls asleep.

The U.S has about 166,000 cooking fires per year. According to the United States Fire Administration, your risk of death from fire increases significantly as you get older. As many as 1,100 Americans ages 65 and older die each year as the result of a home fire.

This fire in Cincinnati demonstrates the risks not just to the person cooking but to apartment dwellers close by as well. The message is, when you cook, stay by the stove. Read more here.