According to the Lohud Journal News, “More than 30 Carmel residents can’t return to their homes after a fire ripped through a senior citizen housing complex early Tuesday morning. No residents were injured in the fire at Hughson Commons on Gables Way, but 32 of them were displaced,” Red Cross spokeswoman Abigail Adams said. 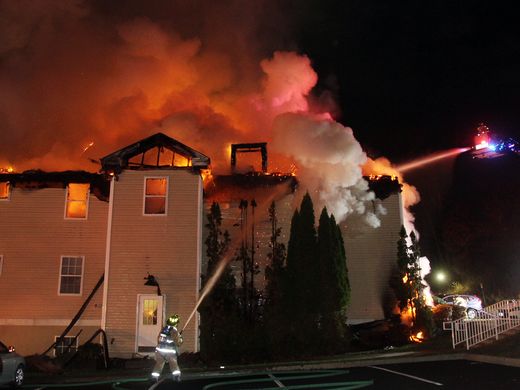 Pick up the paper or turn on the news.  About 45 house fires are reported every hour in the U.S., and 60 percent of apartment fires are started by cooking equipment.  More than 12 million unintentional home cooking fires go unreported causing 640,000 injuries annually.  It just takes minutes for a fire to start https://www.youtube.com/watch?v=d2FCgtlITUM.

Unfortunately, many fire injuries and deaths are among those over 50.  As we age, poor hearing and vision, as well as health problems affecting mobility contribute to putting mature adults in the highest risk group for cooking fires.  In addition to the destruction of property estimated at $7 billion per year in the U.S. alone, the National Fire Protection Association reports that 43 percent of people who have died in cooking fires were asleep at the time.  It’s easy to see that the growing baby boomer populations is at higher risk because they generally fall asleep early and are more forgetful.

This a wakeup call to not just those who live alone or with a spouse now that the kids have grown and moved out, but also for those in the senior housing industry, and the adult children who care for elderly parents. Developers spend millions building beautiful retirement communities with many amenities that cater to people over 50, but do not consider that distraction, forgetfulness and memory loss can pose significant dangers to the residents who cook.  We increase cooking safety by requiring that all new senior housing requires, at the very least, a range top suppression system in both private apartments and community kitchens.

Further, with the recession and the concurrent reduction in fire fighter staff seen in cities big and small, it would be equally smart to stop fires before they start.  States should require mandatory range top suppression equipment in new buildings or remodels just like sprinklers and earthquake shut-off valves are.

In the meantime, there are some safety precautions that boomers can take to prevent cooking fires:

For more information on the Carmel fire, read this http://www.lohud.com/story/news/local/putnam/carmel/2016/11/15/fire-carmel-senior-complex/93875012/