A Monday evening cooking fire has left a family of four homeless.  Temple Fire & Rescue responded the fire Monday, in the 2400 Block of Valley Forge Avenue.  The first Engine Company arrived to find moderate smoke coming from a downstairs apartment of a four unit apartment complex. Firefighters confirmed everyone was out of the apartment as they began an interior attack. Due to the potential for fire spreading to the other three apartment units and as a precaution, the incident commander requested a second alarm assignment sending two additional Engine companies and one Rescue Company on the call. 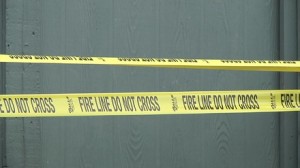 Fire investigation determined the fire was unintentional and started from unattended cooking. One of the adults cooking became distracted and forgot to turn off the stove prior to leaving the apartment. The kitchen sustained heavy fire damage with the living room, bedrooms and bathroom receiving smoke and heat damage. A dollar loss has not been calculated. The apartment was protected by working smoke alarms. There were no injuries. The American Red Cross is working with the two adults and two children to assist with their immediate needs